We’re in the Holy Month of Ramadan, and what better time is there to express gratitude for what you have? Therefore, I am finally going to write the promised chapter about things that make me happy in France!
Five months in, and this is what makes my every day brighter:

1) No stray dogs and cats on the street, struggling, suffering, dying – For my entire life, my family and I have rescued poor animals from the street. Sometimes we managed to save them from hurt, cold, heat, cruel people, illnesses and hunger, but sometimes it was all just too much and a wonderful being had to die just because laws and common ethics were not enforced and followed.That’s why I feel relief when walking the streets of Lyon and every other city in France. The neighborhood where we live is peaceful and pets live their life in the comfort of their humans’ home. Almost every house has a cat door, and the nearby park is filled with dogs being walked on sunny afternoons of this spring. Just last year, France adopted tougher laws that target animal cruelty and ban wild animal entertainment. Bosnia and Herzegovina has yet to strive to finally fulfill the provisions of the existing Animal Protection and Welfare Law that was passed in 2009. Anything less than that and we’re still stuck in the 15th century, inflicting cruelty and suffering onto beings that have the same right to this planet as we do (even more, actually, because they don’t destroy nature). Take note, you in charge! 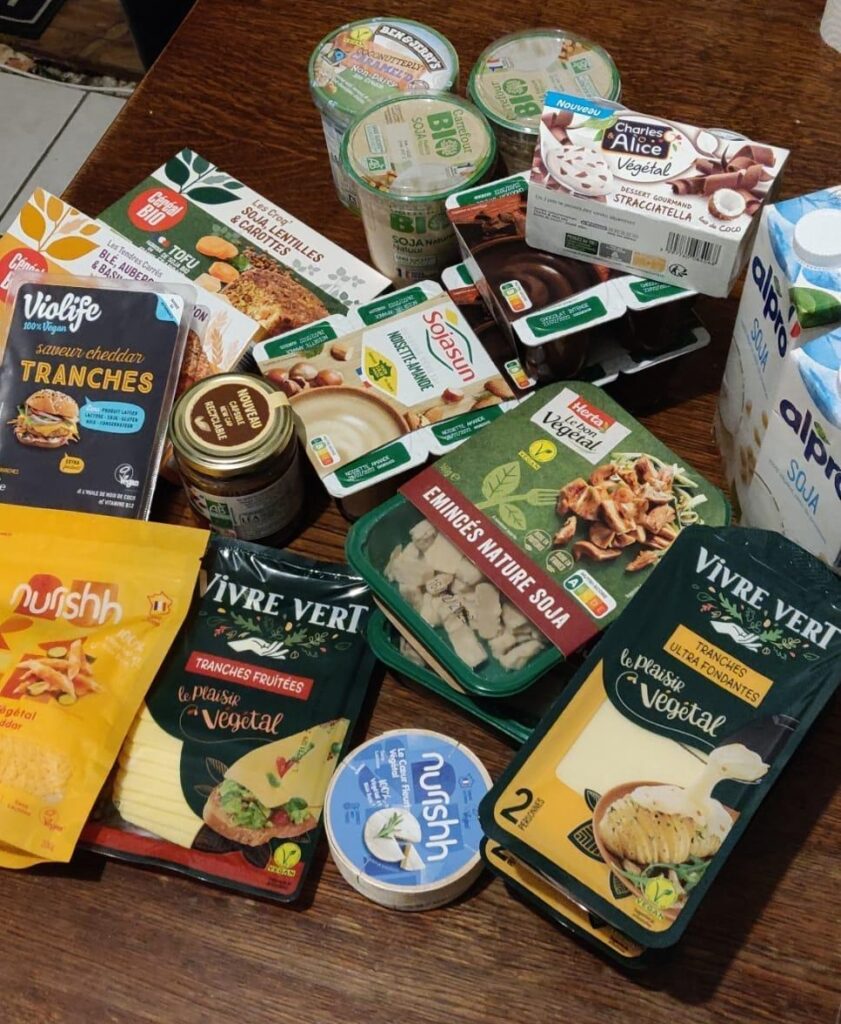 2) Vegan food in abundance – Connected with the topic of animal rights, another exhilarating thing is the total explosion in yummy vegan products across the French aisles. It’s still not on the level of, say, Germany, but literally every time we go to a certain supermarket, there’s another new food to try. So far my faves are soy chunks from Garden Gourmet and pretty much every type of cheese we found so far, but especially the ones from Les Nouveaux Affineurs. Go, France!

3) Concerts in the actual city I live in (!) – For the past 25 years, whenever I wanted to see some of my favourite bands and musicians, I would have to travel for hours minimum (not to mention going to Finland to see The 69 Eyes!). Now I just need to see if the band is playing in Lyon, and in most cases, it’s true – such as The Rolling Stones on their upcoming STONES SIXTY tour. This will be a very exciting experience and our first Stones concert together! Before that, we have Simple Minds – and all it takes is a metro ride to the venue.

4) Overall art & culture scene – A tattoo convention here, a cinema retrospective of Francis Ford Coppola there – not only are concerts a dime a dozen here, but you also get plenty of cultural variety, especially during summer. That’s when Lyon transforms into a veritable treasure trove of aesthetic cultural experiences to everyone’s taste, and you only have to choose what to attend. Since this is the City of Film, Cinémas Lumière are here, and they regularly offer special screenings and retrospectives. Unfortunately, we missed the Night of Horror (with It Follows!), because we were spending that weekend in Annecy, but that’s a good reason to miss it, I think!

5) Sharing my husband’s language, culture, people – Never have I thought that I would fall in love with a Frenchman and start learning his language, but you know that saying about mysterious ways! I will soon attend an intense language course to improve my French, and since this is not my first foray into Romance languages, I intend to continue with Spanish and Italian. French culture certainly has an inspiring and formidable history, and many items in its iconography are also parts of what my eyes are fond of. My husband’s friends have all welcomed me warmly, and I found that I really like to discover France’s beautiful cities, their architecture, decor… I am thoroughly enjoying it all!

6) Growing fonder of my homeland – Bosnia and Herzegovina will always be my land. The soil I grew up from, where the sun casts its most familiar and beautiful rays. There is no other feeling quite like walking through my town on a bright, sunny day, checking to see if there are new Dylan Dog episodes in the comics section of a newsstand. But when you’re only there, life gets dour. It’s not easy living in Bosnia because of all the opstructions to our thousand-year long existence, which have continued well after the most recent aggression and genocide. War is being led in peace. That takes up much of one’s energy and motivation to contribute to one’s country. For some time before my departure, I have felt like I gave all I could give to the cultural and professional life in B&H. However, now being part of the Bosnian-Herzegovinian diaspora, I feel an envigorated urge to help in any way that I can, carrying the Bosnian voice to France and making it loud and clear. I already made some contacts (more on that soon) and I love it!

7) Being relatively close to Bosnia and Herzegovina – France is not as close to us as, for example, Slovenia or Austria, but there are one thousand kilometers between my hometown and Lyon, and we can cross it in 13-14 hours. Taking an airplane is even faster, and in a space of less than half a day, I am back to my home No. 1. That knowledge alone is enough to make me fell spiritually close to my (two-legged and four-legged) loved ones, and whenever I get a chance, I can always hop on to a trusty Air France flight and see them again. Pretty good if you ask me!

8) Finally being with my husband – Those of you more familiar with our story know how long we were apart during the heyday of the pandemic. As if the regular distance wasn’t enough! So, my husband and our life together are the ultimate positive aspect of my life in France.

So, these are my top 8 things I love about France. I hope there will be much more soon, but I am very grateful for my happiness here. Now it’s time to think of a great vegan iftar for tonight! To all of you, have a blessed Ramadan or other holidays you might celebrate these days!