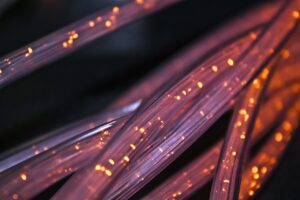 As I’ve already hinted at in the first, that is, chapter zero of a series of pages I named „An Expat in France“ (echoing Sting’s famous song, I guess), the explanation of my writing and the storm of emotions from that chapter will now follow.

So, for those unfamiliar with the state of things, late last year I moved from Bosnia and Herzegovina, where I spent all my life, to France. The reason? Of the highest and purest nature: love. After a two and a half years relationship which survived not only the distance, but also the additional separation due to the pandemic, we managed to get married last summer and start our life together only a few months after our simple but joyous ceremony.

While the change for him was of a singular quality (the wedding), in my case three important changes happened that literally change the course of a life: marriage, leaving the home country, and leaving the job I had for more than a decade. A few points or truths that became apparent follow:

– On the one hand, after such changes, rest is necessary. On the other hand, taking into account my personality type, such rest is deemed as stalling and procrastinating (in short: unacceptable). These two truths managed to coexist one next to the other, and still exist simultaneously in my mind (which is why I wrote chapter zero).
– Life changes of this kind inevitably affect your identity. While I used to think of myself as an atypical representative of „ljuti Krajišnici“ (freely translated as „Angry Border people“ – the description of the people living in my region of Bosnia and Herzegovina), in a foreign environment latent characteristics tend to swim more easily to the surface. They take the helm especially in situations where you meet people who try to mock your name, origin, or accomplisments, in order to feel superior just because they are from some country or whatever. I made a promise to myself that, in the future, any intentional mispronunciation of my name alone, let alone something else, will result in such an intense verbal burial the person in question did not yet experience in their life. In other words: they will know who “ljuti Krajišnik” is.
– It’s easier to be a Bosnian outside of Bosnia and Herzegovina. While you’re in your Bosnia, everything is weighing on you: from political and economic uncertainty, to poverty, to a dead cultural life, outside the primacy is overtaken by prettier characteristics, reminscing about the good things (for example, drinking coffee and tea indefinitely, while the world goes by, fast-paced), natural scenery that take your breath away, the humour of Bosnians and Herzegovinians, and that strange love of our spite that sometimes brings more harm than good to us, but we still hold on to it for dear life – in spite of it all.
– The pandemic further exacerbated the adjustment to a new environment. The contact with persons of importance (administrative tasks) is long and more difficult. You need to have patience, and that isn’t exactly a trait I have in my repertoire, or, to put it more precisely, I don’t find it easily.
For the end of this first „official“ chapter, I will give voice to my artistic side, and end with a poetic observation (if such a thing does exist). I write about this in detail in a book about us, but in a couple of lines: just as an invisible, red thread, untouched by weather or anything wordly, connected me to him before, spread from my town to his city, from his home to mine, from one heart to another, now another thread has been spread in the same way. This time, from me to my first home and my loved ones. This is how it will be from now on and all I can do is visit them as much as I can. Actually, I write this first chapter „from my house“, while I enjoy the endless tea time with friends and time spent with family. With a refreshed perspective and a constant feeling of great devotion to my husband (whom I miss increasingly more each day), I think the next chapter will be dedicated to all the positive things that greeted me in France. Stay on the line!