More than a month has passed since H.R. Giger died in Zurich, and I am still grieving. There is no fancy or more beautiful way to reflect on his tragic passing… Actually, there is, but those words are not mine (his longtime friend and assistant Tom Gabriel Warrior of Triptykon: www.triptykon.net). The shock subsided, but the emptiness announced its stay until the end of time.
My eternal love and devotion to his art does not stem from Alien alone, but this breathtaking creature did introduce me to Giger at a young age. Then, as I finally walked into the museum in Gruyères two years ago, the storm of recognition raged joyously inside me. This! This has been the world of my existence! Not the bleak copy outside, ridden of everything seductively dark and magnificent. I was home… 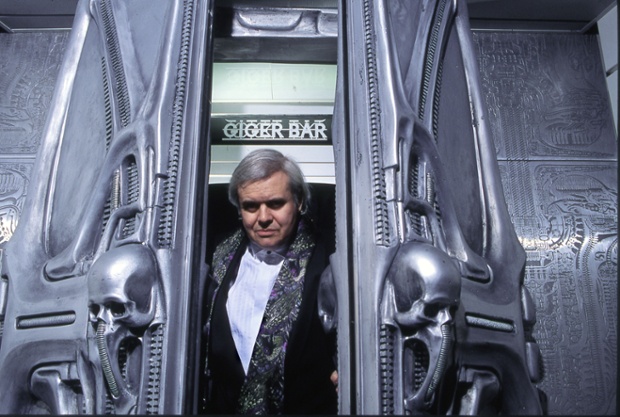 Incidentally, today was the tentative slate for the release of my second book “Memento Amores“, whose cover is graced by Giger’s Schacht VII, my favourite work of art. However, I decided to wait for a while. The realisation of this book being an homage to him played a crucial part in this decision. Ultimately, I will offer my verses to him and hope the winds will be my faithful servants, bringing them to the gates of his design.
However, this will not be my last bestowal. I will forever celebrate the genius of H.R. Giger, his remarkable talent and legacy, whether by visiting his museum and bars in Switzerland, art exhibitions around the world, acquiring books devoted to him, and more. A few days ago, as I was sitting in the bus bound for Zagreb, one thought appeared and hasn’t let go since then – what if I pay the ultimate homage by writing my PhD thesis on the visual symbolism in his art? I don’t think such a dissertation, especially from a linguistic point of view, has ever been done. The intrigue and challenge rest abound on this barely-seen semiotic path, and, by God, I will try to pave it. It’s like the call of Lovecraft to my August Derleth.
In the end, many artists will be born upon this world, and even more will try to portray their insides and outsides in various forms. Yet, since May 12 this year, the world itself has stepped into the final act of the play. Without H.R. Giger, we are all left with sundown and memories of a dimension our insectoid selves will never see again.
/photo by Willy Spiller – H.R.Giger at the entrance to the Giger Bar in Chur, Switzerland/