For non-human animals, all countries are bad. All „humans“ who are not vegan condone and pay for animal abuse in all the gruesome forms it exists. From meat and dairy, eggs, to leather, fur, torture for entertainment, and experimentation on animals – it is all built on a mountain of suffering, mutilation and murder.

The title, therefore, does not mean that other countries on the European continent are a safe haven for the innocent victims of human hate and desire for domination. Far from it. Yet, most other countries take strides towards the evolution of empathy, and towards a ban of the most egregious torture practices, however slow the evolution is. Germany is at the forefront of vegan food and raising awareness on the Animal Holocaust (and Berlin was just voted No. 2 on the Top 10 Vegan Cities list by HappyCow). The UK even more. Switzerland, France‘s neighbor, even had a referendum to ban factory farming! It wasn‘t banned (sadly), but more than 30% of residents voiced their opposition, and I have no doubt they will get there soon. Hell, even Bosnia and Herzegovina (my country of origin) recently witnessed its first ever vegan festival, organized in the capital city by VivaBiH, the national Vegan Association.

So, why exactly is France the worst? Surely there has been some progress here, as well?

The short answer is: no. No, there hasn‘t. Sure, it has some vegan options. Sure, there are associations raising awareness on the plight of non-human animals. But when taking into account the place of France in the grand scheme of Europe, its constant urge to become leaders on this continent in all aspects of life, including the evolution of the human thought („We are the birthplace of modern democracy!“), its representatives and the actual level of evolution are pathetic.

The core of the „French identity“ is founded on the suffering of our fellow Eathlings so much that people here take pride in the cruelty and torture they inflict upon them. Take for example foie gras: while it is illegal in several developed countries in the world, and even King Charles recently banned it from the British Royal Court, naming it “torture in a tin”, here it is celebrated and adored. People mock others who do not enjoy in an effort to portray them as simple peasants of poor palate. Let me remind my readers that this awful „delicacy“ is made by force feeding ducks and geese multiple times a day so that their liver gets sick (hepatic steatosis), after which it is eaten as a whole or ground up. The birds are confined in crates so small they cannot move. The workers shove long metal tubes down their throats, which also causes organ failure, injuries to the birds‘ beaks and throats, pneumonia. Moreover, Animal Equality notes that „the wire cages can cause foot and leg injuries, and the intense confinement is mental misery for these normally curious and sensitive animals.“ Of course, at the end of this unimaginable torture (think the „Gluttony“ murder from the movie Se7en, lasting for weeks), the poor birds are violently slaughtered. All that is foie gras. 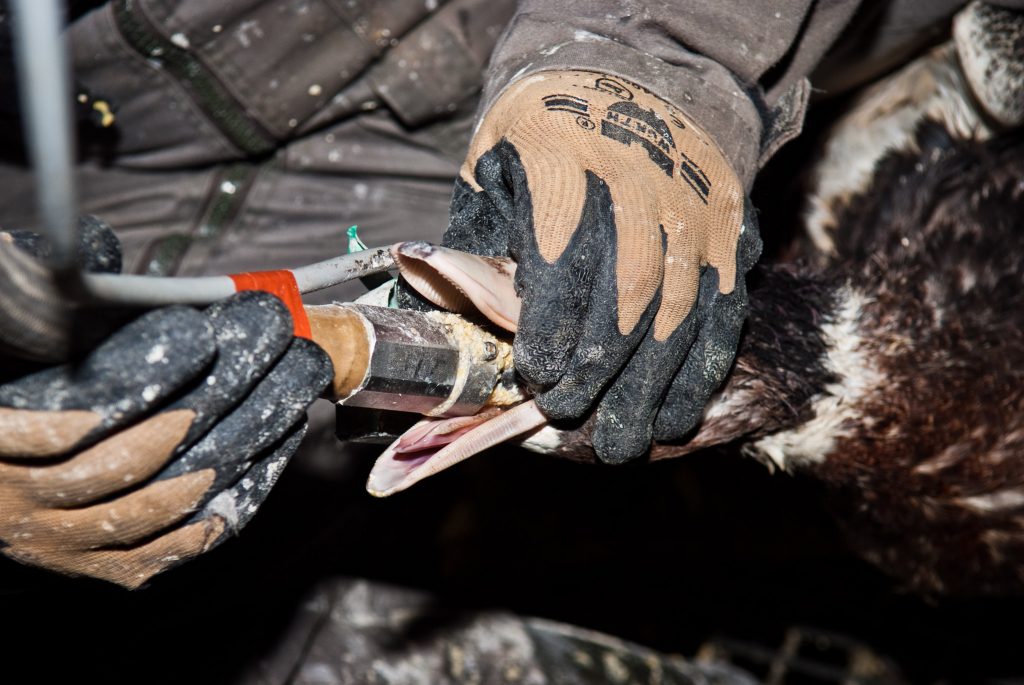 The French have made their whole identity on cruelty and torture. The more cruel the practice, the better it is for the „food“ they consume, and the „entertainment“ they watch. Who cares if bullfighting originated in Spain! They gleefully stole the practice of killing innocent animals for barbaric thrills and made it their own. Empathy is considered weak and unaristocratic, and if there‘s one thing the French desperately want to be, it‘s the aristocracy of Europe and the world. Being cruel is being sophisticated. Inventing torturous devices is being more intelligent than others who are „beneath“ them. And after literally decades of waiting for the bill to ban bullfight to arrive at the French Parliament, yesterday it was pulled from the debate. The pro-torture representatives sent over 500 ridiculous amendments to stop the ban, even though the majority of regular French citizens (77%) oppose bullfights. A stolen torture masked as the foundation of tradition and identity is defended yet again. The Dark Ages are alive and well here, and the inquisition of animals is endless.

That, ladies and gentlemen, is France. The worst European country for animal rights bar none, because it forcefully wants to superimpose the notion of nobility and culture unto hateful dominion, unto pain and unto unimaginable suffering. A country of despicable acts, of atrocious parliamentarian games, of identity smeared with blood of the innocents. A shameful land, a disgraceful identity. No culture.

I am ashamed and enraged to be here. But in the word of Banksy, „From this moment, despair ends, and tactics begin.“ With my activism, and along other activists, I will do everything in my power to usher this country into true Renaissance, one founded on empathy and liberation of all victims, regardless of the species. As Aymeric Caron, the representative who proposed the bullfight ban bill, said yesterday: „What’s just happened today, isn’t an end… but it’s just a start.“