Today is my 12th anniversary as a vegan and thus, a little literary treat is due here, from me to you. A plethora of musings is still cooking and brewing in my mind from this decade+ of actively pursuing the path of least harm, but this is an idea I only started delving into a few months ago, after reading a couple of enlightening posts on our relationship to non-human animals.

I had mostly ascribed to the thinking that people kill non-human animals for two simple reasons: pleasure and profit. In other words, the majority of people (pay to) kill animals because they like meat, and not the other way around (i.e. like meat because they kill animals for it). While this is certainly true for some members of mankind, it still doesn’t account for the amount and level of violence and depravity inflicted by us on our fellow Earthlings.

In a post titled „Why Animal Oppression is a Form of Hatred“, George Martin / Carnism Debunked writes: „While profit is indeed one of the driving factors in the oppression of non-human animals, we cannot ignore that there is a deep-seated yet seemingly subconscious hatred for non-human animals that allows this to happen – this is shown in how people react when the oppression of a human group is mentioned by vegans in the same breath as the Animal Holocaust (‘are you comparing Jews to pigs?!’ /are you comparing a black person’s experience to that of a fucking cow?!’). To deem it as some kind of ‘insult’ for one to be mentioned in the same breath as the world’s most marginalised group absolutely is a form of hatred, though the person taking offence might not realise it.“ He also points to the fact that only a minority of people actually profit off the enslavement and exploitation of animals (that is, the oppressors, such as slaughterhouse workers, are not profiting at all), and that, when we want to insult someone, we almost always resort to animal terms such as „disgusting pig“, „filthy rats“, „stupid cow“ and the like. Hatred, he concludes, actually is more of a driving force in animal oppression that profit.

Humans hate animals. The reasons we hate animals are manifold, but all come down to one. See, we like to weave a story out of our evolution that conveniently positions us at the highest ring of the ladder, as if we’ve been purposefully made and given all the best abilities to succeed and rule over this planet. Sort of a proof of our divine heritage, shall we say? We think we are the only ones who have created languages – our temples are of Babylon origin. We conquer and make things that flash and make noise. We revel in our own false perfection, destroying wilderness around us one cement block per second, building concrete fortresses and laughing when a bird is caught in a maze of glass and metal. And yet, without the embrace of steel, fabric and technology, we are the most fragile creatures out there. Our offsprings cannot fend for themselves until they are at least several years of age. They are furless, weak little things, susceptible to cold and fever, wounds and diseases. Even as adults, we are no different. We are powerless in the face of our true, natural surroundings. We are weak.

Not only are we weak, but we have been gifted with far less than our fellow Earthlings. As Stuart Wilde writes: „We tend to think animals are lower than us, but all the scientists in the world couldn’t design and operate a bumblebee’s wing. We can’t jump or run very fast, and we can’t carry vast weights like an ant can. We can’t see in the dark and we can’t fly except crammed in a noisy tube like sardines, which doesn’t count. Humans compared to animals are almost totally deaf […] We are finite and separate, and neurotic, while the consciousness of an animal is at peace and eternal.“

So we see animals and all that they are and what they can do with grace and ease, in a harmonious existence with nature… and a primordial rage awakens in us. Why have they been bestowed with such abilities, such gifts, and not us? Why are we so cold unless we make fire? Why can’t we read nature’s signs and find water? Why are we blind in the dark? Where is our instinct? Aren’t we supposed to be the ones who are the end goal of all this evolution? The epitome of God’s final and complete design? The questions come, but no answers arise.

And so we seethe, enraged by weakness. Envy of other creatures consumes us. Why are they so beautiful and whole and we are but scattered parts of cold and thirst and pain in the stomach? Why do they have it all, and not us? The shame becomes the urge for supremacy. „It is we who are supposed to be the rulers of this planet, not them. We are the next step in evolution, not just a dangerous derailment. Someone else is badly designed, not us.“

And we have told this fairy tale to ourselves until it became a foundation of superiority we desperately want. If there is one thing we know how to do, it’s to believe in lies we tell enough times to carve it into our minds and belief systems. We laugh at animals when they try to escape the hell we make for them. We denounce their language and screams because we are the ones who do not understand them, nor do we wish to. We destroy their homes and call them vermin, yet our propagation on this planet and its continuous destruction by us is verminous behavior, as succintly put by a movie character not so long ago. If they are especially esthetically pleasing, we steal their feathers and skin, leaving a pile of bones in our wake. If they are meek, we exploit them for their very flesh, hiding the violence behind grey doors of a slaughterhouse because it might seem too disturbing. It just might wake us from the slumber of lies. We invent a thousand ways to torture them and hack them to pieces because no matter what we do, we cannot steal their gifts. And that, again, is proof of our inferiority. We are weak and the subconscious knowledge of it is the ground for our hatred. We hate animals because in their very existence, we see how utterly imperfect we are.

Some might say it also shows how much hatred we harbor for our own design, but that is not completely true. Our hatred of animals does not point inwardly. If we look at it from a spiritual or even mildly religious point of view, the almost universal hatred of animals across cultures, races, and other human characteristics is based on the fact that they are the ones over whom we can universally dominate. We do not have the right to do that, but we do it nevertheless. We are inferior to God. Celestial beings have abilities we don’t. Celestial bodies, too. Weather – we cannot control it either. Each other? Other races, genders, religion, sexual preferences, choice of clothing? Attempts at those are constant and continuous, but there are thoughts that evolve and paint our efforts in a bad light. So, what is left? Who is left for us to bully? We can’t be the last ones overpowered by everyone and everything else, can we? We must subjugate someone at least, show that we are not the weakest in all of existence.

Other species. The one group of individuals that we perceive to surely be „under“ us all. And there, in this false cycle of supremacy, we find our spot. We resort to evil towards other animals, driven to madness to feel significant, to feel in control. We separate mothers from their babies and laugh while we bludgeon them to death, only to drink the mothers’ milk. We pluck their eyes out, we drill holes in them while they are still alive, we take photos with their corpses. We erect statues to each other to prove to someone somewhere how big we are. We wrestle animals we perceive as strong and tackle them to the ground, showing a knife in their throats. We desperately want to show just how strong and important we are, but deep down, we know that none of our „victories“ over others matter. To weave another thought by Wilde here: „We can make a bomb or carve a statue but it’s a statue to our importance, a power trip, none of it serves any real purpose.“

Animals do not only have consciousness – they have a soul. A very pristine one, as put by Wilde. And no matter what evil we do to them, we can never steal it, for it is at the core of their hearts and minds. Blind and succumbent to hate, we continue to perpetrate the Animal Holocaust, which drives us further and further away from finding our own consciousness, our own soul. All for the sake of dominion. All for the sake of hatred.

This World Vegan day, I invite you to reach for the one idea that can truly make our slaves, and us, free: the tenet of doing good. Of respecting the basic rights of all beings. Of rejecting the anthropocentric evil we do every single day.

Instead of evil, choose veganism. 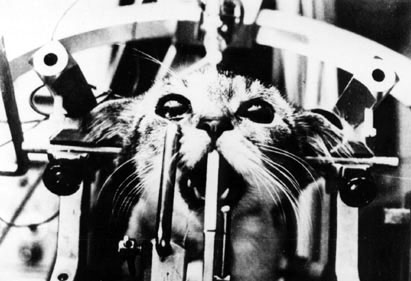 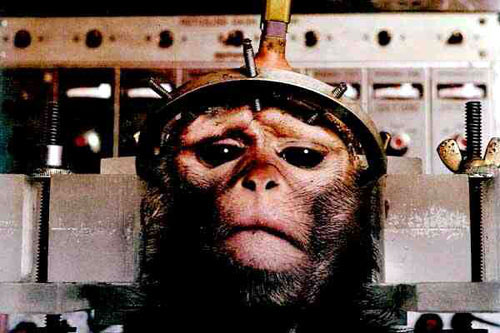 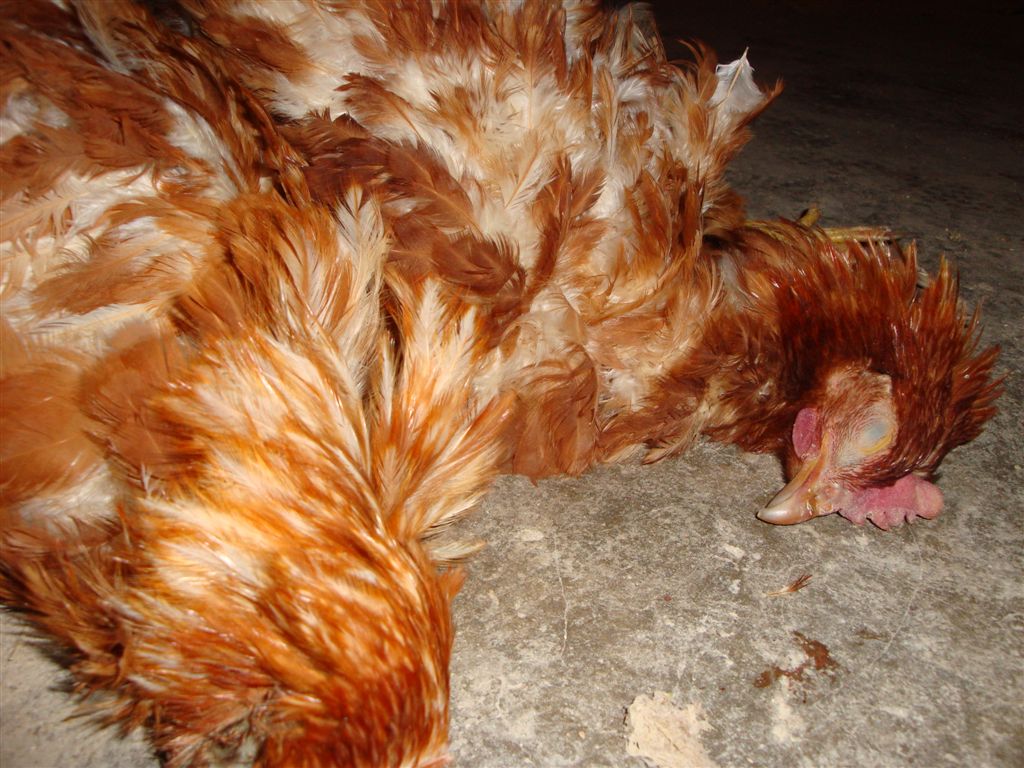 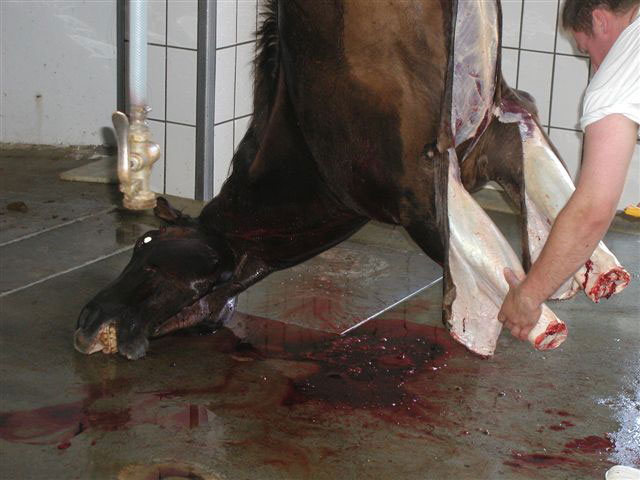