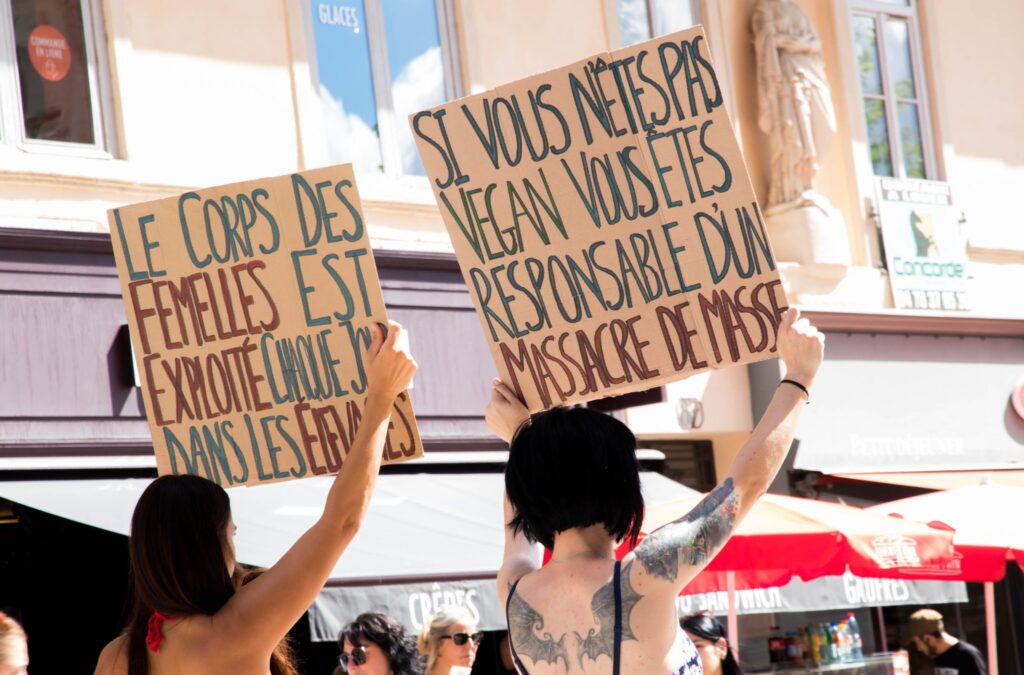 To use a phrase from the recent lingerie action we did in Lyon, France (we as in Natasha, the Vegan Impact organizer for the Lyon chapter + other praiseworthy activists), now that I have your attention: stop eating animals!

And we, as a global society, don’t only have to do away with devouring the flesh of once living, sentient beings, but also all the ways in which we abuse animals on such an unimaginable level that has no precedent – and no justification whatsoever. What we do to our fellow earthlings is an abomination of everything we claim is „human“. We breed them into miserable existence, we abuse them, we genetically manipulate them, we rape them, we torture them, we mutilate them, and then we slaughter them by the trillions, just for our pleasure and profit.

We are the perpetrators of an animal holocaust.*

Animal abuse industries are quick and effective in silencing the victims and making it seem like it’s normal and acceptable. But to show that it is far from it, on August 20, we took to a prominent street in Lyon and showed people what they pay for: the pain, anguish and suffering of non-human animals. The passers-by (and they were many) got the information, saw the images and heard the screams from slaughterhouses. How? By being attracted to the sight of a skimpy-dressed female body.

/photos thanks to Vegan Impact/media/pro photographers/

There are plenty of comparisons between the objectification of women and the abuse of the female body in the animal abuse industries – notably the meat and dairy industry, but also the fur, the leather, the experimentation, the blood sports and other industries – that we used the liberty of our bodies to speak for those whose liberty is denied by humans.

Humanity, if it even exists in the true sense of the word, must immediately evolve from these abhorrent practices. We do not have the right to deny these living, sentient beings their fundamental rights to life and freedom. Otherwise, there is no line drawn between us and Nazis.
For more info, please watch „Dominion“ on YouTube: 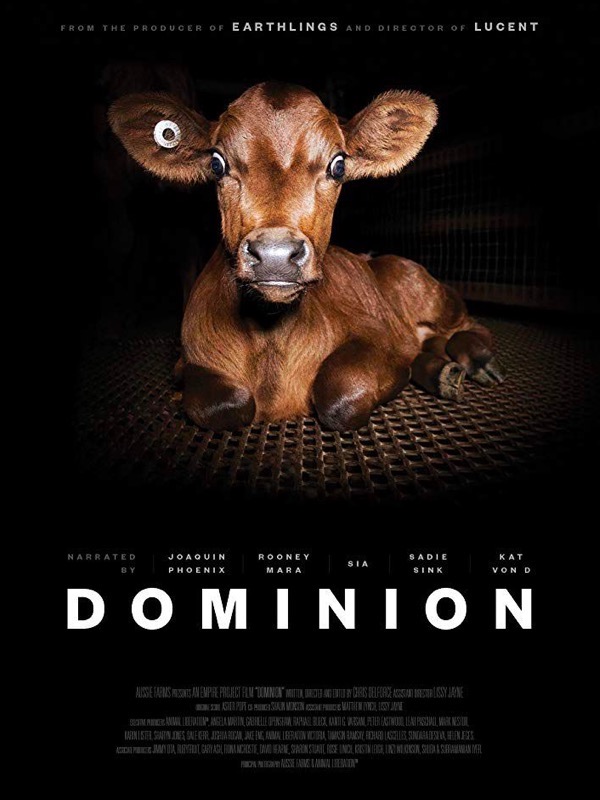 Some media coverage of the lingerie action:

* Notable Jewish writers and concentration camp survivors drew parallels between the Nazi treatment of the Jewish people in World War II and the people’s treatment of animals in slaughterhouses. It is also noted that the Nazis directly adapted the industrial stockyard methods of slaughtering animals to the slaughter, or, the „processing“ of human beings.

Bacon pending……….
Pleading for mercy looks the same in all species eyes…
Stop
Paying
For
Murder
This is a crime scene…

(Almost impossible to imagine that any man in a position of power would do something so brutally depraved. But then we find out he's a Florida man.)
https://www.thepetitionsite.com/362/590/866/a-sheriffs-office-deputy-killed-his-girlfriends-cat.-make-sure-he-never-owns-animals-again./?taf_id=70855166&cid=twitter#bbfb=834379075

Polar bears begging for human garbage because their natural space and their food are disappearing due to human destruction. 💔

‘There is something so dreadful, so satanic, in tormenting animals who have never harmed us.’
John Henry Newman